We [L.E.M. and Nancy] asked for clarification on how Sanka’s interpretation of the ray system corresponded to Gorden Michael Scallion’s and other’s work. Several people have thought they were blue ray, but were supposedly too old by my and other’s interpretations to be one.
Sanka: There are 3 octaves of rays.  One of them, the middle one, corresponds with the body. Figuratively, the others are beside it.  Sanka showed me through experience what these three octaves are:

NKB: There are approximately 6 billion people living on this planet right now. How does the ray system break out in numbers of members of each type (approximately)…?

LLAEL/Sanka: this system is very hard to explain. A little minute part of the effects to a human of living on one Octave-ray or another is that you have an heightened awareness of either the galactic, planetary/human or atomic world.

One effect of living on one Octave-ray or another is that you have an heightened awareness of either the galactic, planetary/human or atomic focus.

This Ray system only pertains to 3- dimensional reality. It represents an organizational system to indicate the primary capabilities an individual expresses in any one lifetime.

Often souls will cycle through at least 3 of the rays before they are ready for the next dimension of Reality.

Just because one person might have gone through all of the Rays does not mean that they would be more ready for the next dimension than another person who has gone through only 3 for instance. 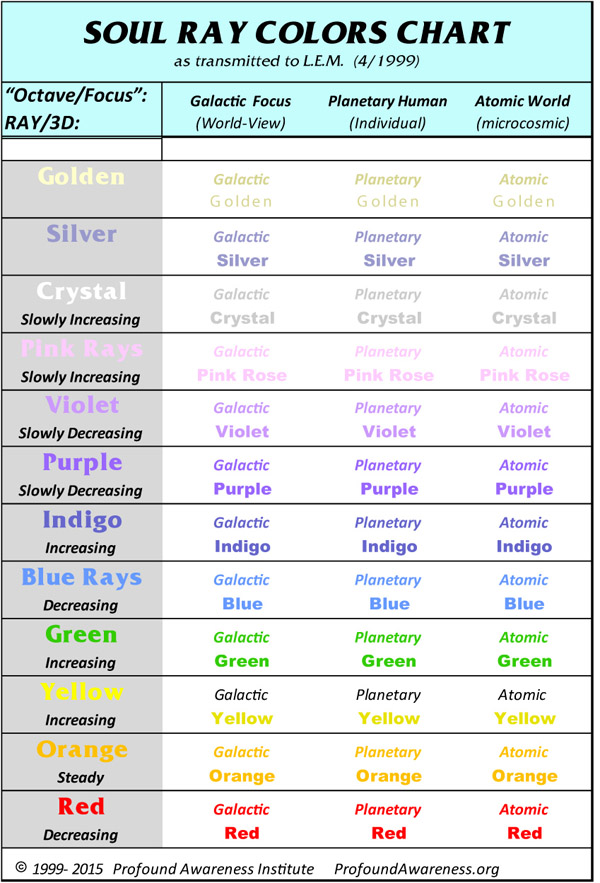